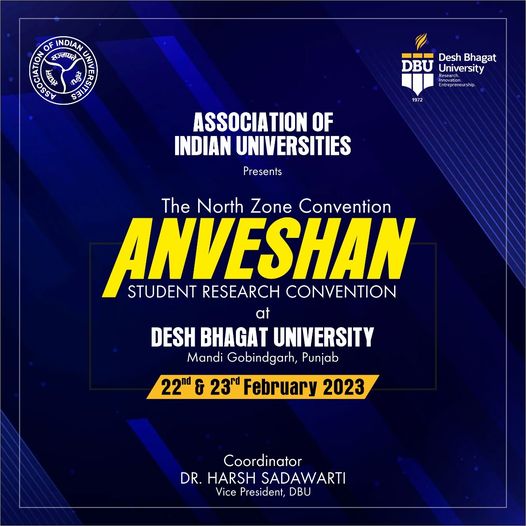 The Association of Indian Universities (AIU) organizes Anveshan: Student Research Convention, a pioneering initiative to identify and nurture the research talents among young researchers in the country, every year. The conventions are organized in five zones (north, east, west, south, and central) and one at the national level. The North Zone Convention for the current year is scheduled to be held on February 22–23, 2022, at Desh Bhagat University in Mandi Gobindgarh, Punjab. The vice president of Desh Bhagat University, Dr. Harsh Sadawarti, will be the coordinator of the North Zone Convention. The objective of this initiative is to facilitate and promote national and international networking and collaboration among Indian academic researchers.

The projects selected at the zonal level will be presented at national-level conventions. The final selected projects will be awarded cash prizes, mementos, and certificates. The overall winners will also receive a gold medal named after Professor S.K. Mukhaherjee, former President of AIU. Dr. Harsh Sadawarti said that Anveshan is a way to connect student researchers in various Indian and foreign institutions. As the first step towards this, AIU has taken the first step by digitising Anveshan. The entry, registration of students at Anveshan, and submission of abstracts and complete proposals will all be done online, and the convention will be held in person. Five selected students from Desh Bhagat University will upload the projects. Honorable chancellor of Desh Bhagat University Dr. Zora Singh said that it is a great opportunity for young researchers. This opportunity will give them an opportunity to connect with national and international institutes.

This event has expired 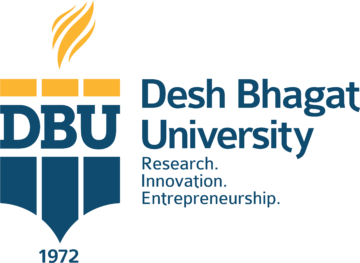